Lori’s sultry, smoky, swinging jazz vocal style has been gracing various jazz, rock, blues, and R&B bands for over 20 years at venues from Boston to Worcester to Cape Cod and beyond. In addition to her jazz trio, she is also the bandleader of her own 5-piece rock/roots band called Lola Sweet Band. Lori previously sang lead and backup in the 16-piece horn-centric band, The Midtown Horns.

She has been singing with various jazz, rock, blues, and R&B bands for over 20 years in the Boston area, performing with both small and large bands in venues all over Boston including at Chick Singer Night at The Burren and Johnny D’s in Somerville, The Mad Monkfish in Cambridge, and other venues from Boston to Worcester to Cape Cod and beyond.

Lori released her first Jazz CD, Ladybug, in 2020, available on many platforms including Spotify, iTunes and Amazon Music. See full list of where you can listen to Ladybug. You can also buy a hard copy CD from by emailing lzuroff@gmail.com (Venmo and Paypal accepted). 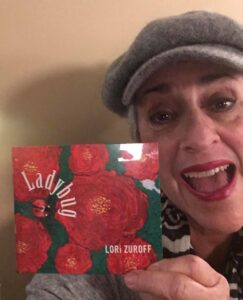 Molly Flannery’s distinctive touch on the piano, her melodic improvisations, her ability to groove in jazz, latin, and Brazilian idioms, as well as arrange, compose, and lead ensembles have made her a major player on the highly competitive Boston jazz scene.

Bill McCormack grew up in a small town in rural Ireland and moved to America in 1990.  He has been passionate about making images and playing music from an early age. When he is not behind the camera lens, this easy-going, affable person enjoys playing upright bass, sailing small boats competitively, travel and nature.